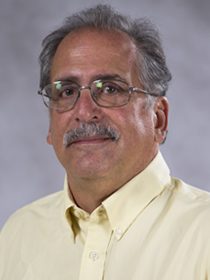 David Barrack has been self-employed since he graduated from Colorado State University in 1978 with a M.B.A. He has run up to four small business at one time and still is operating two of them. He also has a Bachelor of Science Degree from Colorado State University in Business Administration (1976) and an Associate of Arts in Business Administration (1974) from Trinidad State College.

Professor Barrack was hired by TSC in 2006 as an adjunct faculty member and Graphic Designer. He has risen through the ranks until he became a full time Professor. Barrack currently teaches a wide range of classes including Economics, Business, Graphic Design, Photography and Workplace Skills. In the past he has taught Communications, Ballroom Dance and First Aid.

He is known on campus for his dedication to his students and the College as well as his sense of humor.