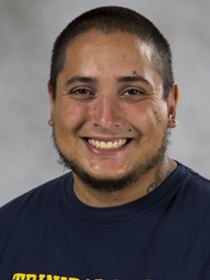 Coach Peter Freeman grew up in Longmont, Colorado. He played collegiate soccer at Colorado Mountain College and Adams State University. He earned a Bachelor of Arts Degree from Adams State University in Child Development and Human Performance/Physical Education. Upon finishing his playing eligibility he began his coaching career at Adams State University as the Men’s Assistant Soccer Coach. Freeman also coaches youth soccer at St. Vrain FC as one of their Camps and Academies Coaches during the summer. He most recently was the Interim Assistant Director of Coaching at NCSC Bootleggers, now the Northern Colorado Rush. He was the head coach for U16, U17, and U18 boys and was the assistant coach for U11 girls with NCSC Bootleggers.