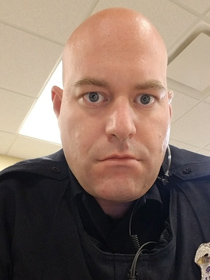 I have been a teacher for almost three years now, but prior to teaching, I worked in the career field for nearly 20 years. My professional career started with the United States Army directly out of high school. I enlisted as an infantryman attended basic training at Ft. Benning GA and was stationed at Ft. Campbell KY in the 101st Airborn Airassault Division in the 2/187th combat infantry unit. During this time I was able to experience a variety of different things and developed my career as a soldier by completing many courses and making many achievements.

At the end of my service in the Military service, I evidently began my career in the criminal justice system. I began work in Lapland NV on patrol while attending the Mohave Community College studying criminal justice. Although my position allowed me to experience plenty of activity investigations and learn to deal with problems and security issues, my home was in Colorado. I returned to Colorado, attended the Arapahoe Community College Police Academy, and began my work as soon as I graduated in Colorado.

My first duty assignment(s) were in the San Luis Valley as a patrol officer, and Deputy Sheriff. During my time in the San Luis Valley, I was able to experience, even more, did respond and help with hurricane Katrina, and attend the Colorado Springs SWAT school. I was able to learn in detail different types of investigations as well and did learn to work with criminal informants and undercover's purchasing drugs and other illegal contraband.

I was able to significantly accellerate my career, however, I had many other aspirations within my career as well. I obtained a position in Sterling for a short while as a Deputy Sheriff and transferred to the Sterling Correctional Facility while I continued to work on graduate degree work. I worked for two years while attending college for my Master's Degree in Criminal Justice and Security Administration. After obtaining my degree I was asked to work for the Lake County Sheriffs Office. After agreeing to move to Lake County, I obtained a position as a special operations division commander because of my activities, experience, and now level of education, I was responsible for a part-time SWAT team, a part-time Dive Rescue team, and special patrols with ATV's and snowmobile equipment all while working hand-in-hand with the search and rescue component of the county and the Sheriff's Office.

After several years of experience doing these activities and participating in not only the supervisory positions, and training, but also undergoing another election, I obtained a position as a Chief of Police for the City of Reeds Spring MO. During my "Ten-year" as a Chief of Police, I had to completely develop a Police agency from the ground up. With no Police department functioning for a very long period of time, I had to hire and train new officers, develop a chain of command, obtain equipment, training and write the policies and procedures for the agency. I underwent the tasking of writing and confiding in the municipal code and laws for the city. I had to develop and incorporate a municipal court for municipal matters and charges that could be done within the city and not at the county, state, or Federal Level. I ended this position with the development of an annual budget of 160,00 dollars, as opposed to the 22,000 dollar budget initially given. I developed an internal training program, FTO program, special response teams, high-risk patrol initiatives, neighborhood watch programs, communications systems with emergency services (shared) citizen patrols and academy initiatives, and city staff to help with issues that did not require POST or certified staff. The fleet of emergency vehicles, as well as high-end equipment and investigative techniques, were implemented as well. The ability of the agency was significantly enhanced, and monthly community initiatives were held to develop an inclusive and involved environment for the police and public to work together in addressing community needs.

Throughout my career, I have not only held about every position a person can have within the Police service, but I have also obtained an abundance of training associated with my experiences. I have gone through several SWAT schools, diver rescue training, and different components of that. I have achieved certification in sex assault cases, homicide investigations one and two, I have been a taser instructor, arrest control and defensive tactics instructor, an impaired driver instructor a firearms instructor, among many other instructor positions. I have conducted instruction in internal academies as well. I have also been a behavior recognition expert and instructor as well as a drug recognition expert. Currently, I hold over 200 law enforcement-related certifications in conjunction with academic degree achievements.

Through this training, the experience, and the academic education, it is my intention to bring all these to the academic world to make every student have the best experiences and to learn to have a long and fruitful career within the criminal justice system and to chase your dreams and make the achievements you want to make. The learning, education, and experiences in the classes I teach are not only to help students achieve their dreams but to ensure the quality of education and the experiences hold a strong life-long impact on your academic and actual careers.