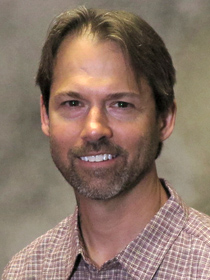 Professor Hatcher has instructed courses in geography and anthropology at Trinidad State since January 2015. He holds an MA and a BS from Southern Illinois University, an AS and an AA from Lewis & Clark College, as well as a Graduate Endorsement from Adams State University.

As a Peace Corps Volunteer, he taught geography at an all-girls boarding school in Tanzania from 1994 to 1996. He went on to guide wilderness courses for National Outdoor Leadership School (NOLS) from 1997 to 2007 and Colorado Mountain College in 2006 and 2007. Throughout this time, he was also a visiting adjunct instructor at Blackburn University, Alaska Pacific University, and Matanuska-Susitna College.

As a pilot, he flew bush planes in Alaska and Kenya, and as a professional mountaineer, he launched expeditions in Europe, North America, and East Africa. He is also the author of two books: "The Marble Room" and "Principles of Flight". In 2019, "Principles" was nominated a finalist in the category Social/Political Change in the National Indie Excellence Awards. His textbook supplement on gender, power, and religion is forthcoming.

He and his wife Kim live in Colorado’s San Luis Valley.