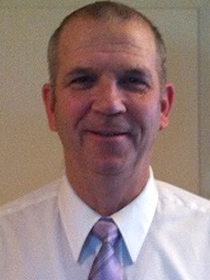 I grew up in the small town of Deming, New Mexico, just a little north of the border. Within a couple of weeks after I turned 17 I enlisted in the U.S. Marine Corps. While in the Corps I had the opportunity to travel all around the world. In reality I grew up in the Corps and learned valuable life lessons and skills. Since I did not complete a conventional high school education, I went to night school in the Philippines and graduated from George Dewey High School of the Republic of the Philippines.

After 22+ years in the Marines I retired. While in the Marines I had earned three degrees, the highest being a Masters in Community Services from Michigan State University. Upon retiring from the Corps, I began looking for a new career I immediately immersed myself in the CFR’s and began putting myself through safety classes at the Rocky Mountain Education Center/OSHA Training Institute at Red Rocks Community College in Lakewood, Colorado. I also enrolled in the online Occupational Safety and Health degree Program at Trinidad State College. I was in the program from April 2000 and graduated in December 2001. It so happens that the factory in Fort Morgan shut down in November of 2000 and OSHA hired me as a Compliance Officer in March of 2001.

Now, I am partially retired and doing as much work as I can get as a safety consultant. My focus is helping employers after OSHA opens an inspection with them. Being a retired OSHA Compliance Officer, I have a very unique skill, and it is actually very enjoyable using my knowledge and background with OSHA to help employers who usually have no idea how to deal with OSHA. This also helps me while working as an instructor of online occupational safety and health classes for TSC.

I was in my last class from TSC when OSHA hired me. I stand as a living testimony of the value of a degree in Occupational Safety and Health from TSC. I had an extremely successful and rewarding 13+ year career with OSHA, and a major reason they hired me was because of my involvement with TSC. My degree from TSC set me on a course with a new career, I have no idea what I would have done without it.