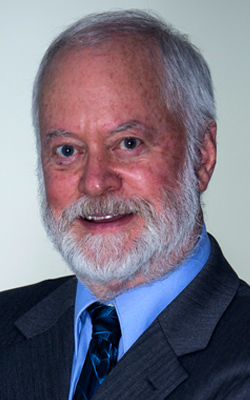 Dr. Hart will succeed Dr. Carmen Simone, who concludes her presidency at Trinidad State on January 1, 2019, and will move on to serve as the executive director of the University Center – Sioux Falls at the University of South Dakota.

“We are grateful for Dr. Simone’s leadership and dedication to,Trinidad, Alamosa and southern Colorado communities throughout her tenure,” said Garcia. “She has diligently and successfully navigated Trinidad State through difficult financial times and has grown a campus culture focused on student success.”

The appointment of Dr. Hart as interim president ensures a seamless transition for the institution. Dr. Hart, who lives in Alamosa with his wife, Jacque, is an experienced leader in Colorado higher education and currently serves TSJC as a member of its Advisory Council and instructor.

“One of our primary goals in this transition is to build upon Dr. Simone’s work at TSJC,” Garcia added. “Dr. Hart is a proven leader with extensive knowledge of our System, its colleges, and the Trinidad State community. Under his guidance, the campus communities will continue to thrive without interruption. We thank Dr. Hart for his willingness to return from retirement to once again provide a critical service to the System and its students.”

With 17 years of higher education administration experience, Dr. Hart most recently served as president of Morgan Community College (MCC) from 2008 until his retirement in 2017, and is fondly remembered for his passion for engaging MCC in all aspects of the community. Dr. Hart was devoted to promoting economic development and enriching lives through education and educational partnerships with local businesses and organizations. Under his leadership, The Chronicle of Higher Education named MCC “One of the Great Colleges to Work For,” and Dr. Hart was twice named “Citizen of the Year” by the Fort Morgan Chamber of Commerce. Dr. Hart also spent 10 years teaching music at Adams State University in Alamosa.

“I am honored and excited to return to the Colorado Community College System,” said Dr. Hart. “Trinidad State is a hallmark of and a gathering place for the Trinidad and Alamosa communities, and I appreciate the opportunity to work closely with its students, faculty, and staff through this transition.”

The executive search for TSJC’s next president, which formally began in October, is on schedule. A committee of college and community representatives will recommend semi-finalists for the position to System Chancellor Garcia in January.