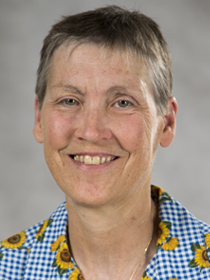 Since 2009, Cindy has been the robotics advisor and affiliate director for the Colorado Space Grant Consortium. Each year the team travels to the Great Sand Dunes in Colorado to test the performance of their rover. During the 2017-2018 seasons, her team has been invited to test their rover at the Johnson Space Center in Houston and at the Mars Desert Research Station in Hanksville, Utah.

Cindy been awarded the Coca-Cola educator of distinction award and the Oklahoma Governor’s Award of Excellence in teaching. Cindy is a featured teacher and a panelist for Parallax Inc. She also earned a ranking in The William Lowell Putnam Mathematical Competition as a senior at Cal Poly