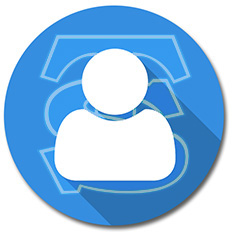 Hi, my name is Santina Frank and I was born and raised in Raton, New Mexico; and I graduated from Raton High School. I attended and graduated from Trinity University in San Antonio, Texas with a BA in biology and moved back to Raton, NM.

My dream job was to do population studies with the NM Game and Fish Department; but low and behold, President Reagan came into office and cut my potential dream jobs. I worked at Northern Colfax County Hospital in Raton filing insurance claims and then transferred to the emergency department clerk for the “swing shift”. A wonderful RN took me under her wing and taught me how to take vital signs and that is when I fell in love with nursing.

I received my LPN certificate and then my ADN degree from Trinidad State Junior College in 1983. I worked the med-surg floor, ED, and ICU then transferred to Raton Public Schools as the school nurse. I remained in this position until May of 2012.

During this time, I partnered with the Colfax County Health Department’s nurse to write a grant for a wellness center at the Raton High School. This small, closet sized room grew into an actual wellness center with a physical exam room, a behavioral health office, a Vaccine for Children’s pharmacy, and a nursing/physician’s assistant office. We then expanded these services to the Raton Middle School.
In 2009 Raton High School partnered with Miners Colfax Medical Center, the Colfax County Commission, and the NM Governor’s office to start a healthcare careers pathway class. I became the main instructor for this class while also serving Raton Schools’ as their nurse.

I received my MSN degree from the University of Phoenix in 2008 which eventually allowed me to become a nursing instructor at Trinidad State in 2012. I have enjoyed my time here at Trinidad State working with so many wonderful and successful students.