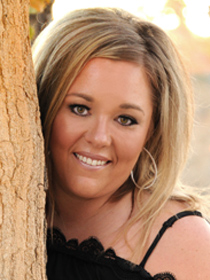 Hi all! I am a Registered Nurse coming from Pueblo, Colorado. I grew up in rural, southeastern, Cheraw, Colorado. So rural, Pre-K through 12th grade was all in one building! However, we did have two gymnasiums, so that tells how important sports was within the community. I spent my summers growing up playing sports, spending time with family and showing market show hogs.

After graduating high school in 2004, I went onto Otero College on a full-ride academic scholarship, graduating in 2007 with my Associate Degree in Nursing. That same year, I started working at Arkansas Valley Regional Medical Center in La Junta, Colorado for their Emergency Department. Later in the year, I left AVRMC to pursue a career with Parkview Medical Center in Pueblo, Colorado. At PMC, I hired on with the Labor and Delivery unit and worked for a total of 14 years there.

During my time at PMC, I accomplished many goals. I became board-certified as an In-Patient Obstetrical Nurse (RNC-OB) in 2012. This was accomplished by taking a 300 question test specific to OBGYN nursing and continue to maintain this certification by completing yearly education. In 2017, I became an Association of Women's Health, Obstetric and Neonatal Nurses (AWHONN) Fetal Monitoring Instructor and enjoyed leading classes for my fellow L&D nurses as well as the Resident Physicians that I worked with. In April 2017, I graduated from Western Governors University (WGU) with my Bachelor of Science in Nursing (BSN). I then went on to finish my Master of Science in Nursing (MSN) a few months later in October of 2017. Last but not least, the last four years while at PMC, I was a Tier III nurse, qualifying for such title by completing and implementing cost savings plans, process improvements, teaching classes, completing community services and many more tasks.

Moving forward, 2021 was a year of change for me! I took a leap and hired on with Trinidad State's Nursing Program. I'm so glad that I have made this decision! I am learning so much as a nurse as well as a teacher now, not to mention, work with and for some amazing nurses! I am following in my Grandpa Dexter McNeff's footsteps, who was the welding instructor for Trinidad State College in the early '60's.

I have been married to my husband, Joseph "JA" Hesslink, for 13 years this July. He is a Journeyman Lineman for Black Hills Energy and has been with them for 21 years. Our greatest accomplishments are our children, Lila and Katey. To say that I am proud of my family is an understatement and thanks to this job change, I will be able to be present for so much more of my family's day to day lives.