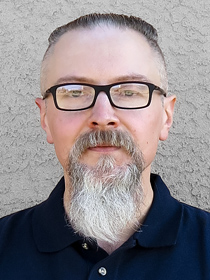 Logan Schmit is the Machine Shop Instructor for the Trinidad State Gunsmithing Program. A 2010 suma cum laude graduate of the program, Schmit had also attended the Brownells Trinidad American Firearms Technology Institute. It was during this time that he was recruited by George Gardner to join GA Precision, located in North Kansas City Missouri. At GA, employed as a Precision Bolt Rifle Specialist, fitting and chambering of barrels became a specialty for Schmit. Additional areas of expertise included barrel fluting, bedding, final assembly, and blueprinting actions. During this time Schmit completed several builds at the request of Team GA members. His work was also featured in the 2014 advertising brochure for Manners Composite Stocks LLC and highlighted on their banner at Shot Show in Las Vegas.

In December 2014, Schmit was asked to join the Mile High Shooting Accessories team to continue to develop and grow the custom side of their successful firearms business. As Senior Precision Rifle Builder and Director of Barreling and Custom Builds, Schmit oversaw a growing custom rifle-building department where, along with producing precision custom firearms to fulfill MHSA client requests, he had developed programming specific to the needs of the facilities CNC equipment. In 2017 Schmit was honored to complete barrels for Dave Walls, Ady Newberry and Scott Seigmund of Accuracy International, for their team in the 50 Cal World Championship on the 2000 yard range.

A native of Central Wisconsin, Schmit began his career in rifle building by enrolling in the NRA Summer Program at Trinidad State. Surrounded by experts in the field and students from across the United States and around the world, Schmit’s interest was ignited. His choice for a degree program was Trinidad State where, in 2009, he formally enrolled and was accepted as a full-time student in the two year Gunsmithing Degree program. Every summer he augmented his education with a series of NRA summer classes. Since experiencing his first NRA Summer Program class in 2007, Schmit has immersed himself in the exciting and challenging profession of rifle building in particular, and the firearms industry in general.

In August 2018, after teaching two NRA Summer Program classes, Schmit was offered the opportunity to join the faculty at Trinidad State as a full time Gunsmithing Instructor. This experience offers Schmit the ability to share his knowledge of firearms manufacture with a new generation of students and to continue, and further the long and exceptional history of the Trinidad Gunsmithing program.