Employees of the Year 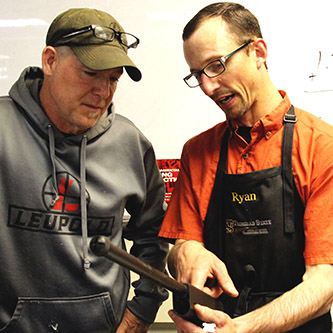 Aristotle said, “We are what we repeatedly do.  Excellence then, is not an act, but a habit.”  In that spirit, every year each of the 13 Colorado Community Colleges recognize outstanding employees as selected by their peers. 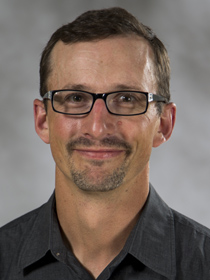 Ryan Newport, Division Chair/Professor of Gunsmithing, was recognized as Faculty of the Year for his contributions to the gunsmithing program and as division chair overseeing eight different CTE (Career & Technical Education) programs. Newport, a 2004 Trinidad State gunsmithing graduate, has taught at the college for eleven years. After graduation he worked at Browning Firearms before returning to teach in Trinidad.

“Growing up in Colorado, I was in a family of hunting and shooting sports. It was a part of our daily life - a passion I’ve had since I was a young child.  I didn’t even know gunsmithing existed at Trinidad State,” said Newport. “It was a no brainer to make that choice, to leave my fire fighter medic career, and move from northern Colorado to southern Colorado and start my new career down here,” said Newport.

Newport teaches firearm repair, custom pistol smithing and shotgun smithing at the college and operates his own firearms repair and refinishing shop at his home. The rest of his time is dedicated to his wife and two teenagers.

Newport loves engaging with his students. “I want to be a positive influence in peoples’ lives.”  He relishes the “ah-ha” moments when students are struggling, and that light bulb comes on. “It’s a lot of fun,” he said. “I enjoy passing out knowledge and watching the students learn and grow.”

Newport likes the people here, the family atmosphere. “My best friends work here, and I just love it,” he said. “It’s not a job. It’s a family.” 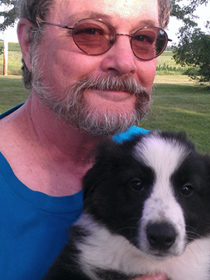 Marc Wilson was recognized as the Instructor of the Year. He teaches English Composition part-time and brings with him 30 years of experience from a community college in Indiana.

In 2013 after traveling the west over the decades, Wilson and his wife chose to purchase land in Trinidad where they would build their retirement home. “It seemed like a good fit,” said Wilson. “I’ve always loved the mountains.”

While in the process of monitoring the construction of their new home, Wilson took a break to explore the area. Dressed in his ragged shorts and a ripped t-shirt, he set off on foot and discovered the college where he entered the Berg building. He was looking at college literature when someone approached asking if she could help. He soon found himself in the Dean’s office, though he certainly wasn’t dressed for an interview.  “It impressed me that people there were more interested in getting things done than following any particular conventions,” said Wilson.

Wilson has taught hybrid (on-line and in person) courses in English composition and literature at the college since 2015.

He noted that working with traditional aged students rather than the non-traditional older students, like he taught in Indiana, was quite a change. Most of those older students needed retraining and were goal oriented. Sports attract young students to Trinidad State, and many are the first in their family to attend college. “A good number of them lack confidence,” said Wilson.  “Part of what I’m doing here is giving these students the confidence to continue their educations. I’ve enjoyed working with the younger people.”

“The students I have been blessed with term after term from very different backgrounds and lifestyles are coming together and I love that,” he said. Coming here and being able to teach one or two classes per term is perfect for me. I can focus on grand kids and classes. I love it,” said Wilson. He and his wife of 47 years are also raising two grandchildren. 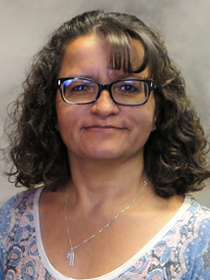 For the third time, Student Services Specialist II, Mathilda Westerman, was chosen as Trinidad State’s Classified Employee of the year. With 30 years of service, it’s easy to see why.  Westerman has been in the same office since she served as a work-study there when the school was known as the San Luis Valley Area Vocational School. A year after completing her administrative assistant certificate, she was invited back to interview for the position she so capably assisted as a work-study, and she has been there since.

Her primary responsibilities include managing the admission’s process, sending out acceptance letters, processing transcripts and some payment and billing work along with ordering caps and gowns for graduation.

Westerman enjoys seeing the students’ excitement about attending college. She believes the addition of track and cross-country sports, and now esports, has added interest to the college. “We need to make our students feel as welcome as possible,” she said, “because they’re the reason we are here.”

She never considered working anywhere else. “It’s my comfort to come here,” she said. “We moved around a lot when I was growing up, so I have enjoyed the stability of working here.”

She explained Trinidad State offers a variety of programs students can choose from and the college is more affordable, costing far less than a four-year school. “Students can get a quality education here and move on to a four-year degree. We need to concentrate on the trades here because there are a lot of farms in the area that need trained workers,” she said.

“I love what I do at Trinidad State and our students are what make my job so enjoyable,” said Westerman. 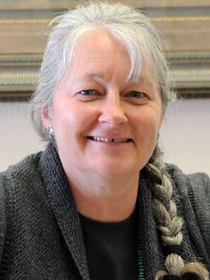 Linda Perry, Executive Assistant to the President, was deeply honored when her colleagues selected her as the APT (administrative, professional, technical) Employee of the Year. In her ten-year history working at the college, she has worked with the Educational Foundation, moved on to working with a STEM (Science, Technology, Engineering & Math) grant and now works in the President’s office. With her former experience in ranch and lodge management, Perry brings to her position the hospitality and service skills she learned.

“What I like best about working here is having the opportunity to be a conduit to help people to find their answers, realize their potential, grow their position at the college or grow themselves as a student,” she said. “I like listening to an idea and somehow lighting a campfire under a cause.”

As a community liaison Perry assists on the public front often being a college representative. She considers herself a sounding board and assists the President and college leadership in any way she can. “President Epper is a pleasure to work for. It’s fun to work for people who are visionary.  She brings to the table so many contacts she has made throughout her career. She’s a networker.  She’s working with people to always find the best answer,” said Perry.

“We offer an eight-county region opportunity – for high school students to begin their careers, or for anyone who needs to learn skills for a new trade. We are an incredible opportunity for learning. As the oldest community college in Colorado with a [nearly] 100-year history, “there’s no one in the community that can say ‘I remember Trinidad without the college.’ “